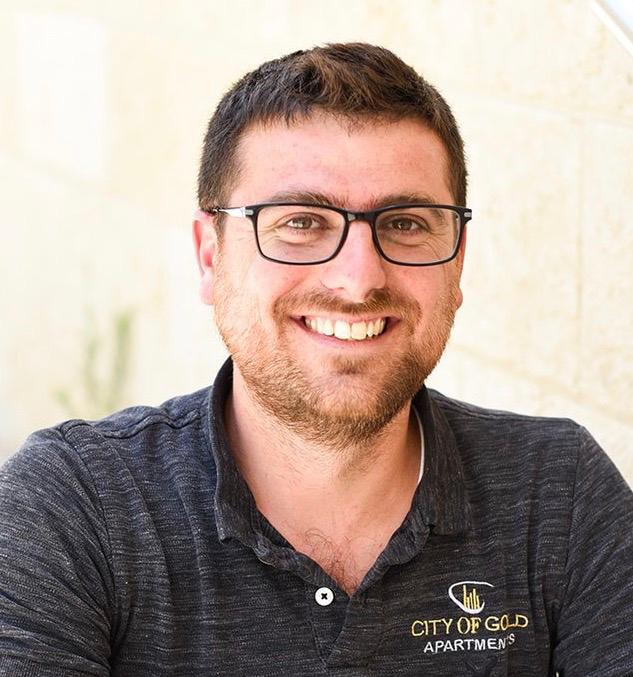 Avi has been an entrepreneur since an early age. In high school, Avi founded and managed a laundry service and founded America Eats For Israel. He made aliyah in 2008 and served as a combat soldier in the Kfir Brigade. After his army service, Avi founded City of Gold with only 1 apartment and has gradually built and expanded City of Gold to become one of Jerusalem’s largest management companies with a staff of 20+ and over 200 apartments. Avi lives in Maale Adumim with his wife, Arielle, and their 5 children and enjoys gardening in his free time. 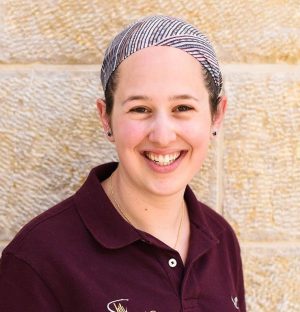 After many years of teaching music in her hometown of Teaneck, NJ, Dina made aliyah in 2013 and transitioned into the field of non-profit fundraising, and later consulting. Dina has a strong background in administration and logistics and thoroughly enjoys a good Excel spreadsheet. Dina lives in Jerusalem with her husband and 3 adorable children and in her free time, enjoys hiking and playing the guitar. 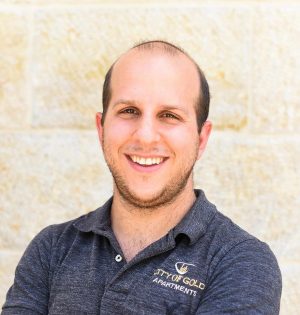 Yechezkel was born and raised in Long Island, NY and made aliyah in 2009. He currently lives in Nachlaot, Jerusalem, with his wife Ayelet. Yechezkel is passionate about Israel and her People, and loves to travel.  “I love to work at City of Gold because it provides me the opportunity to work with a magnificent group of people that are dedicated to their work, believe in a high standard of service and most importantly  are genuinely good people.” 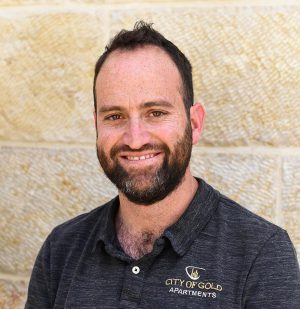 Born in Efrat to South African parents, Yoni is very familiar with the challenges facing English speakers in Israel.  After his IDF service in the Tanks unit, where he specialized in logistics, Yoni owned an electrician business specializing in new developments for several years before joining the City of Gold team. Yoni lives in Jerusalem with his wife, Sara, and daughter. In his free time he enjoys woodworking and yoga. 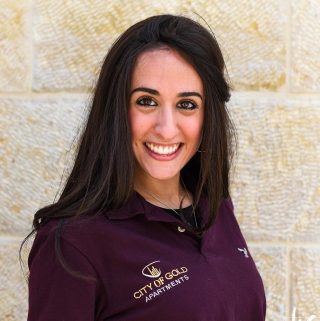 Sara has been in Israel since 2013 after making Aliyah from Houston, TX.  Sara previously worked in an international hospitality and management company where she started as an entry-level Guest Relations Associate and quickly worked her way up to become the Director of Operations, managing over 80+ apartments. In her free time, Sara enjoys singing and listening to music. 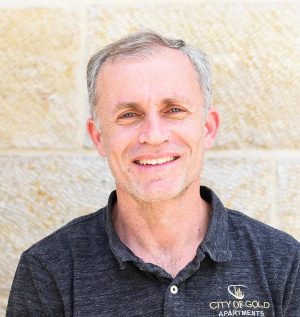 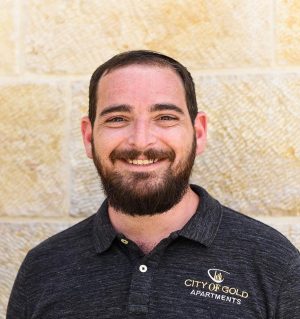 Born and raised in West Orange, NJ, Etan made Aliyah in 2005 to Jerusalem. He joined the IDF and served as a carpenter in the Logistics Corp. After finishing his army service, Etan  got into the restaurant business and was a partner at Village Green and a founder of the Morgen’s restaurant in the German Colony. In his spare time, Etan likes to work with his hands and spend time with his two daughters. 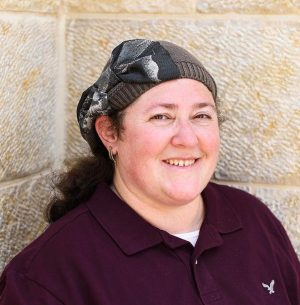 Marion was born and raised in Toronto, Ontario and made aliyah in 2003 to Jerusalem. Marion recently passed the ICPAI certification course for payroll professionals in Israel and is an expert in Israeli bureaucracy.  In addition to her native English, Marion is fluent in Hebrew and French. In her free time, Marion enjoys baking desserts, sewing, and chasing after her 4 boys. 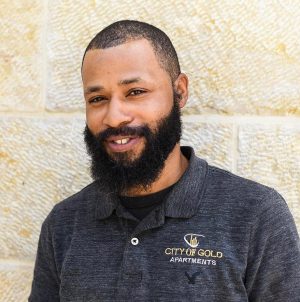 Aaron made aliyah in 2015 from Columbus, OH to Emek Hefer, before settling in Jerusalem in 2018. After many years of experience in home renovations, Aaron transitioned into plumbing 10 years ago. He is now an all-around excellent handyman with expertise in plumbing, painting, tiling, and general repairs. In his free time, Aaron enjoys spending time with his wife and 4 kids.